Sainik school, Amaravathinagar is an English medium, residential school for boys providing Public School Education with a military bias, located at Udumalpet, Tirupur Dist, Tamil Nadu. The school was formed with a clear objective of providing high-quality public school education and leadership & discipline training to handpicked children and groom them to become officers in the Defence Services of the country. The aim of the School is to enroll as many cadets as possible into the NDA (National Defence Academy).

Oxford Sainik Academy is one of the best coaching centre was established in the year 2013 with the objective of providing quality coaching to children, by the Ex-Serviceman. We Ranked No.1 in All India Sainik School Entrance Examinations.


A student grows up to be agile physical activities, alert in mental application besides being ingenious, disciplined, self reliant, self confident, optimistic and trust worthy. The student also develops self quotient abundant leadership qualities and greater civic sense. The management has committed to provide better education with necessary skills. 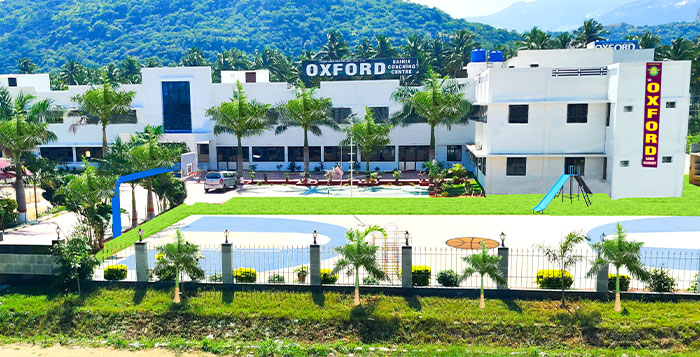 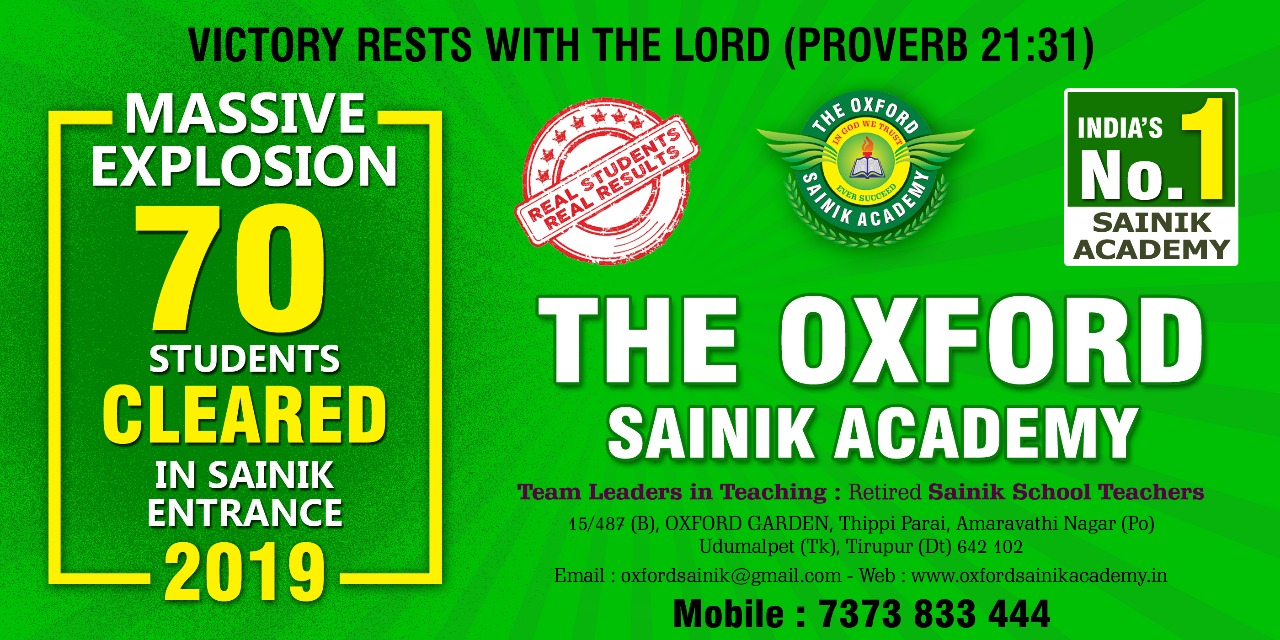 The primary aim of Oxford Sainik Academy is to prepare the students for get placed into the sainik school , we rely on hard work to ensure the success of the student. To instill confidence, develop Creativity and mould the character of children and simultaneously transform them into a responsible citizens.

The school is to prepare the boys academically, physically and psychologically for entry into the National Defence Academy. Character, team spirit, dedication to purpose, a patriotic outlook and a desire to serve the country with zeal and efficiency are the qualities sought to be promoted by the training at the school.

The concept of Sainik Schools originated with Mr. Krishna Menon, who was our Defence Minister in the early 1960s. Mr. Menon felt that a school with rudiments of a military way of life in each state of our country, could go a long way in building up an infrastructure for intake into the NDA. Thus sainik schools came into being in each state. This school is one of the 24 Sainik Schools of the country. It came into being on 16th July 1962.

The motto of the school is ‘IN GOD WE TRUST EVER SUCCEED’.

We prepare our students for the following entrance exams along with regular curriculum.

The principal is an Ex-Serviceman and old student of sainik school. The teaching staff consists of highly qualified faculties more than 25 years Experienced Excellent Teachers.

We admit students from IV to VIII std. Application form will be issued in the office ,only to either parents with the needed documents of the child seeking admission.Filled application duly signed by either of the parents with the needed documents(T.C,Birth Certificate,EMIS Number,Community Certificate,Aadhar Card)Correct information should be furnished in the application which is to be recorded in the school registered .

67% of the seats of the each school is reserved for boys from the State in which the school is located.The shortfall,if any and the remaining seats will be open for other states an Union Territories. 25 % seats are reserved for children of service personel(Including Officers & Ex-Servicemen and other ranks)subject to a maximum of 36 full Scholarships per Sainik School.HOWEVER EX-SERVICEMEN WHO ARE DISCHARGED AT THE THEIR OWN REQUEST WITH LESS THAN FIVE YEARS OF SERVICE OR ON DISCIPLINARY GROUNDS WILL NOT BE ENTITILED THE RESERVATION QUOTA OR SCHOLARSHIP OF THE MINISTERY OF DEFENCE.15% AND 7.5 %OF the total vancancies are reserved for Scheduled Castes and Scheduled Tribes respectively. 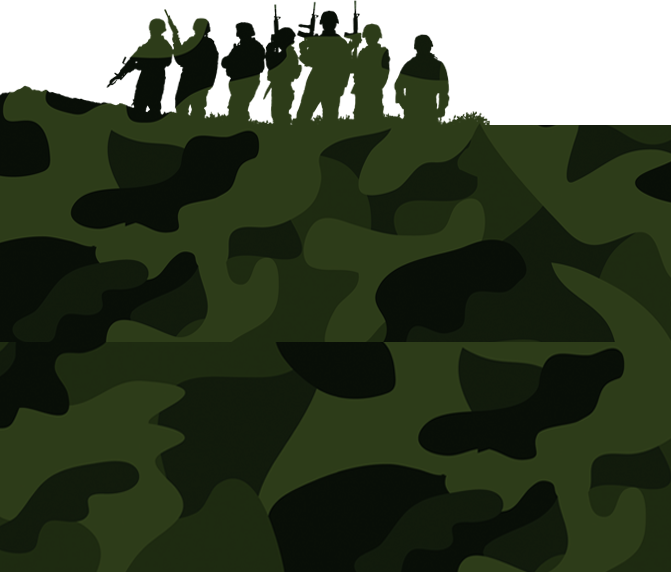